Close
Login
You can login using your social profile
Install social plugin that has it's own SHORTCODE and add it to Theme Options - Socials - 'Login via Social network' field. We recommend: Wordpress Social Login
or
Test Test 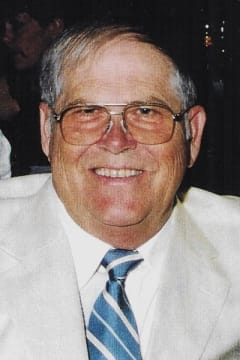 Robert Baechle, 81 of Louisville, Kentucky passed away Wednesday, December 16, 2020 at Our Hospice of South Central in Columbus, Indiana. Born September 16, 1939 in Louisville he is the son of Raymond and Thelma (Ausbeck) Baechle.

In life he was a faithful husband, loving father, and caring friend. He retired from Rohm & Haas and enjoyed traveling, camping, and playing cards with friends.

He is preceded in death by his parents, his wife Cherrie (Glur) Baechle, and one brother, Ronald Baechle.

A simple farewell will be held for Robert at St. Stephen’s Cemetery in Louisville, Ky.

During this holiday season the family requests to donate a little more in the “red buckets” when you hear the bells ringing or memorial contributions can be given in memory of Robert to the Salvation Army.

Offer words of sympathy and comfort, share a memory or light a candle.: